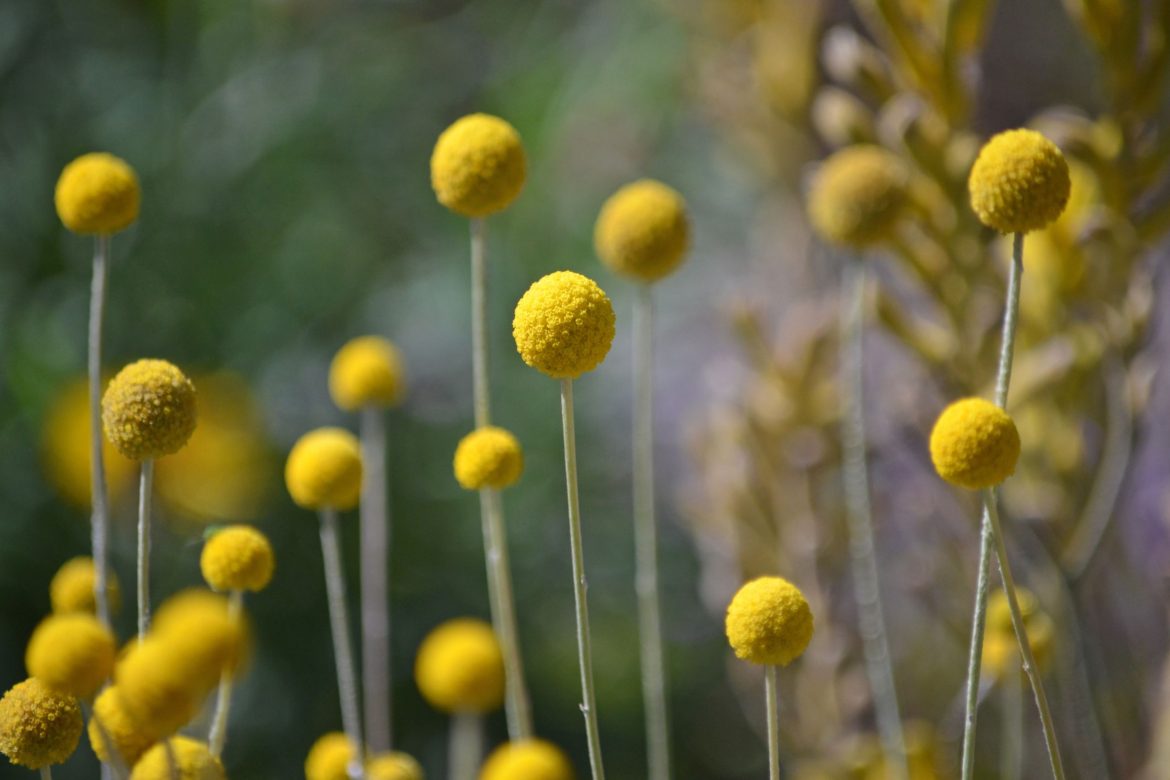 If you ever wondered how those beautiful billy buttons flower got their name, it’s pretty simple. They were named after they resembled the heads of toy dolls called “billy buttons.” These cheerful little yellow flowers are native to Australia and South Africa but have become popular worldwide as ornamental plants.

Let’s discover more about how to grow billy buttons so you can enjoy their beauty in your garden.

What is Craspedia or Billy Buttons? Craspedia, also known as Billy Buttons, is a beautiful flowering plant native to Australia. The plant gets its name from its round, yellow flowers, which resemble buttons. Craspedia is a member of the daisy family and is related to other popular flowers such as sunflowers and chrysanthemums.

The plant is relatively easy to care for and can be grown in various climates.

How to identify Billy Buttons

The flower (Craspedia) is native to Australia and New Zealand, and they belong to the daisy family. The common name “Billy Button” refers to the round, yellow flower heads that sit atop long stems – they look a bit like buttons! There are many different species of flower, but the most popular one for gardens is C. globosa.

This plant is unique because it is one of the few plants that can thrive in poor, dry soils. It’s also drought-tolerant and tolerant of salt spray, making it an excellent choice for coastal gardens. Billy Buttons are easy to grow and care for and make perfect-cut flowers.

Two primary varieties of Billy Buttons are Yellow and White.

Both types are equally easy to grow and care for.

Where Do Billy Buttons Grow

They are native to Australia, and they grow best in dry, sunny areas. They can be found in woodlands, grasslands, and along roadsides.

It is located in the daisy family and has both male and female flowers on each plant. It can be found in various colours, including yellow, orange, pink, and red. The plant gets its name from the shape of its flowers which resemble buttons.

How to Grow & Care for Billy Buttons

You can plant them in your garden as annuals or biennials. They are drought-tolerant and will grow in most soil types as long as it is well-drained. It prefers full sun but will tolerate some shade.

To grow and care: Sunlight is the enemy of the Buttons. These delicate yellow poms don’t do well in hot, harsh sunlight and will quickly wilt and die if they’re not given some reprieve from the heat. A spot with a few hours of sun in the morning or afternoon is ideal, but if you can provide filtered light or dappled shade all day long, that’s even better.

During the summer heat, it’s a good idea to move your plant indoors or into a shady spot outdoors to protect them from the worst of the sun.

The plant will need well-drained soil if you’re growing them indoors or outdoors.

They are drought tolerant once established, but they perform best when they’re kept moist – not soggy – during their growing season.

Billy Buttons are not heavy feeders, so a little goes a long way regarding fertilising. A general-purpose fertiliser will do the trick – be sure to follow the directions on the packaging.

When it comes to mulching, there are a few things to keep in mind with Billy Buttons.

Billy buttons are relatively resistant to pests and diseases but can be susceptible to root rot if they’re overwatered. Watch out for mealybugs, spider mites, and aphids, which can all cause problems for billy buttons. These pests are usually easy to control with insecticidal soap or neem oil. Did you know that billy buttons have a variety of uses? Not only are they beautiful as cut flowers or dried arrangements, but they can also be used in culinary dishes and as a natural dye!

Consider using billy buttons as a garnish if you’re looking for a unique and eye-catching addition to your next meal. They’ll add a pop of colour and texture to any dish, whether a simple salad or an elegant entrée. And if you’re feeling adventurous, you can even use them in place of traditional button mushrooms in recipes.

How to dry Billy Buttons

Drying billy buttons is a great way to preserve their cheerful yellow colour. Here are a few tips on how to dry billy buttons and other flowers:

What do Billy’s buttons represent?

The flower is the floral emblem of the Australian state of Victoria. The flower was named after Prime Minister William Ewart Gladstone (1809-98), known as “Billy” by his friends.
The first recorded sighting of a Billy button in Victoria was made in October 1858 by James Drummond, who named it Taratoga belladonna in honour of Gladstone.
The flower is found throughout Victoria but is particularly abundant along the eastern coastline. It grows on grassy or forest margins, usually in damp areas near creeks or waterfalls.
The Billy button has a single white to cream-coloured flower with five petals.

How do you propagate Billy Buttons?

Propagating billy buttons is easy. Take a clump of the plants and cut them into several pieces, ensuring each piece has at least one leaf and a bit of the stem. Put the elements in a glass of water and set them in a sunny location. Change the water frequently to keep it clean. New leaves will increase, and you’ll have new plants in no time!
Billy buttons (Craspedia) are an easy-to-grow annual that add cheerful yellow flowers to your garden from late spring through early fall. They’re perfect for garden borders, containers, or edging paths. The bright blooms also make great additions to fresh flower arrangements.

How long does it take for Billy buttons to grow?

Depending on the climate and weather conditions, the Billy buttons will take anywhere from 6 to 12 weeks to grow.
Billy buttons are annual plants, which means they complete their entire life cycle in one year. They germinate in the fall, flower in the spring, and set seed in the summer. Bees and other insects pollinate the flowers, spreading the seeds by wind and rain.

Is Craspedia annual or perennial?

Craspedia is a perennial plant that has lived for more than two years. However, in colder climates (below zone 8), the plants will die off in the winter and must be replanted the following spring.

Can you grow Craspedia in containers?

Yes. You can grow Craspedia in containers, but it will need to be transplanted into a larger container once it becomes root-bound.
Craspedia is a substantial annual flower choice for the garden because it’s deer resistant and easy to care for. It blooms from late spring through early fall, and its cheerful yellow flowers will brighten up any landscape.

How tall does Craspedia get?

The height of Craspedia plants varies, but typically they grow to be about 12-18 inches tall. They can occasionally grow more elevated, but most plants stay within this range. The height of the plant is determined by several factors, including the type of soil it is planted in, the amount of sunlight it receives, and how often it is watered.

Are Billy Buttons hard to grow?

Yes, Billy Buttons can be tricky to grow because they need particular conditions. They like light and sandy soil with good drainage and prefer full sun or partial shade. They also need plenty of water, but too much water will rot the roots. Fertilize them once a month with a high-nitrogen fertilizer to keep them healthy.

Will Billy Buttons grow in shade?

Billy Buttons (Craspedia globosa) is a perennial Australian daisy that grows best in full sun. However, it can also be grown in partial shade. In shaded areas, it may not bloom as prolifically as it does in full sun, but it will still grow.

Do you put Billy Buttons in water?

Yes, you can put Billy Buttons in water. They will grow best if you place them in a sunny location, but they can also grow in a shady spot. Make sure the soil is moist but not wet. You can also cut off the flowers and use them in salads or other dishes.

Should I cut back Billy Buttons?