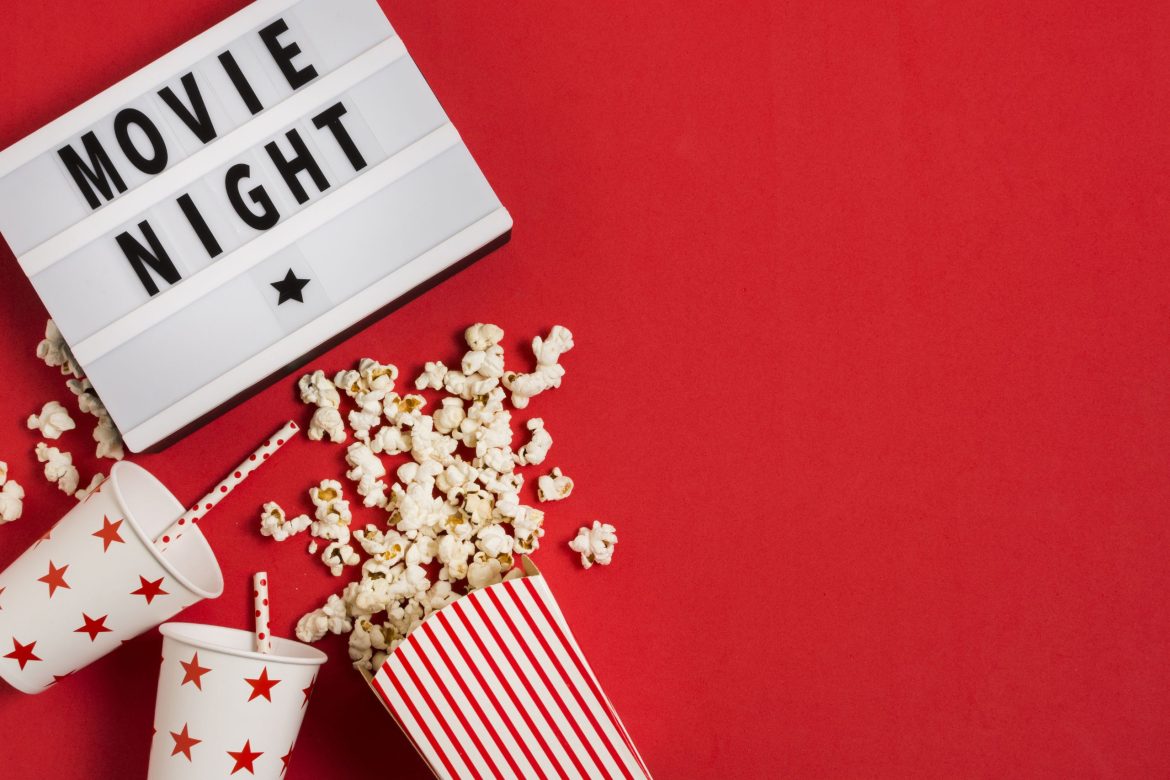 What better way to celebrate the arrival of spring than by watching a flower-themed movie?

Here are some of the best films with flowers in the title.

Some movies have flowers in the title, which can be interesting to watch. Here is a list of some of those movies

Desert Flower is a 2009 biographical drama film directed by Sherry Hormann and starring Liya Kebede, Sally Hawkins, Alfred Molina, and Gael García Bernal. The film is based on the memoir of the same name by Waris Dirie, which tells the story of Dirie’s childhood in Somalia, her escape from an arranged marriage, and her international modelling career.

The Flower in the title refers to the desert rose, which is native to Somalia and grows in the country’s arid regions. The film was shot on location in Somalia, Ethiopia, and England. The Flower symbolizes the hope and resilience of the human spirit, as well as the beauty of Somalia. Blue Jasmine is a 2013 American black comedy-drama film written and directed by Woody Allen. The film tells the story of a wealthy New York socialite, Jasmine French (Cate Blanchett), who falls into poverty and moves into her sister’s apartment in San Francisco after her husband, Hal (Alec Baldwin), is arrested for financial crimes.

The Flower represents Jasmine’s fragility and her need for love and attention. The Flower symbolizes new beginnings, as Jasmine starts a new life after moving to San Francisco.

The Flower represents in the movie the idea of hope and new beginnings. The protagonist, Don Johnston (played by Bill Murray), is going through a rough patch in his life and is feeling lost.

The Daisy Chain is a 2008 British horror film directed by Andy Newbery and starring Samantha Morton, Steven Mackintosh, and Eva Birthistle. The film centres on a young woman named Molly (Morton) who is grieving the death of her infant son. She becomes involved in a strange relationship with a man named Joseph (Mackintosh), who may have sinister ulterior motives.

The title refers to the daisy chain flower arrangement meaning “a series of connected things or events.” It also refers to the children’s game of the same name, in which players link hands and form a chain.

The film tells the story of several characters living in Los Angeles who are interconnected by their relationships, love affairs, and, ultimately, a tragic event. The film is nonlinear, jumping back and forth in time and featuring many flashbacks. The title Magnolia refers to the magnolia tree, which blooms throughout the film and is significant to several characters.

The movie flower is a 2017 drama about a teenage girl who deals with the ups and downs of adolescence while working at her dad’s flower shop.

The film Flower was directed by Max Winkler and starred Zoey Deutch, Kathryn Newton, Adam Scott and Tim Heidecker. The title flower symbolizes the main character’s coming-of-age journey as she tries to figure out her place in the world.

Steel Magnolias is a fancy title for a film that’s not afraid to deal with some heavy subjects. The 1989 classic tells the story of a group of women who support each other through the ups and downs of life in a small town in Louisiana. The cast includes Julia Roberts, Sally Field, Dolly Parton, and Shirley MacLaine.

The title suggests that the women are as strong as steel, but the flower imagery also represents the fragility of life. The film deals with essential topics like grief, illness, and love, but it also has its fair share of humour. Steel Magnolias is a classic example of a fancy title that’s not all sugar and roses.

The story of the Last Chrysanthemum (1939)

This movie is about a flower arranger named Kikuko who falls in love with a man named Teinosuke. However, Teinosuke is not interested in her and is forced to marry another man. Kikuko becomes a successful flower arranger, but she always thinks about Teinosuke. One day, she meets him again, and they start a relationship.

The chrysanthemum is also a symbol of autumn in Japan, which is when the movie takes place. The Last Chrysanthemum is considered one of the best flower-themed movies ever made.

Tulip fever is a flower movie about a young woman married to a rich man. She falls in love with a poor artist, and they have an affair. The film is set in the 17th century when the tulip was first introduced to Europe. The tulip is just a symbol of the love between the two characters.

Violet and Daisy are two teenage assassins who kill for hire. They are hired to kill a man named Michael, but things start to unravel when they realize that he may not be the monster they expected. The Flower in this title refers to Daisy, one of the main characters, symbolizing her innocence. The two main characters in the film, Violet and Daisy, are played by Saoirse Ronan and Alexis Bledel, respectively.

This movie is based on the bestselling book series by V.C. Andrews and tells the story of separated flower siblings who must find their way back to each other.

After the flower siblings are cruelly separated, they must each find their way in the world. Lily is sent to live with her grandparents in a cold, drafty mansion called Flowers in the Attic. Rose is adopted by a wealthy family and lives a life of privilege. But both sisters are haunted by memories of their parents and the happy life they once had.

Flower Evil is a flower-themed horror movie that was released in 2020. The film follows a group of friends who visit a flower farm, only to discover that the place is home to a murderous creature that kills people with its flowers.

The film was directed by William Eubank and starred Maika Monroe, Olivia Cooke, and Hayden Christensen. The title suggests that the movie is about evil flowers; while that is a part of the film, it is not the central focus. Flowers in the Attic is a 2014 American drama film directed by Deborah Chow and starring Kiernan Shipka, Ellen Burstyn, and Heather Graham. It is based on the 1979 novel of the same name by V. C. Andrews. The film follows the story of four siblings locked in a room by their mother and grandmother after the death of their father. They are forced to stay in the room for years, during which time they suffer from hunger, thirst, and neglect. The film was released on January 14, 2014, by Lifetime.

The title symbolizes the movie as the children being hidden and forgotten like flowers in an attic.

How to Watch These Movies?

There are a few ways to watch films with flowers in the title. One way is to find them on flower-themed movie websites or online flower retailers. Another way is to look for flower festivals that might be screening them. Or, if you’re feeling ambitious, you could make your flower-themed film festival by renting a bunch of flower-themed movies and inviting your friends over for a movie marathon.

What movie is named after a flower?

Blue Jasmine is a 2013 American psychological drama film written and directed by Woody Allen. The film tells the story of a rich woman, Jasmine French (Cate Blanchett), who falls on hard times and has to move in with her estranged sister in San Francisco. Jasmine blames her downfall on her ex-husband, Galvin Ryan (Alec Baldwin).
Jasmine meets Dwight Westlake (Simon Baker), an unassuming guy who works at a dock, and she instantly becomes attracted to him. Dwight begins to fall for Jasmine as well, but is hesitant to commit because he knows about her past. After some time, Dwight proposes marriage to Jasmine and she accepts. However, before they can

What movies use a rose as a symbol?

There are many movies that use a rose as a symbol. One example is the movie The Rose. In this movie, the rose is a symbol of love and passion.

What does the flower in Beauty and the Beast represent?

There are many interpretations of the flower in Beauty and the Beast. Some say it represents true love, others say it represents sacrifice.
The most popular interpretation is that the flower represents sacrifice. The rose is given to Belle by the Beast as a sign of his love for her. He tells her that if she agrees to stay with him forever, he will never let the rose die. When Belle tries to leave, the Beast stops her and warns her that if she leaves, the rose will wilt and die. Symbolically, this means that if Belle leaves, she will be breaking the Beast’s heart and he will lose all hope of ever being loved again.

Is there a Flowers in the Attic 2?

There is no official word yet on a Flowers in the Attic 2, but given the popularity of the original movie, it’s likely that one will be made at some point. The story follows four siblings who are kept hidden away by their abusive father in an attic, and after years of being kept captive they finally make their escape.
No official release date has been announced yet, but fans can stay tuned to updates from the cast and crew on social media. In the meantime, readers can check out V.C. Andrews’ original novel which inspired the movie.

Is Flowers in the Attic a true story?

The Flowers in the Attic book is based on a true story. The novel is about four siblings who are kept locked in an attic by their abusive father.
The children’s mother dies, leaving them to suffer at the hands of their father for years until they’re finally able to escape. The movie adaptation of the novel was released in 2014 and starred Heather Graham, Ellen Burstyn, and Kiernan Shipka.